Here you can see a 100x100x1 reactor group, covered by a layer of advanced armor. The dark spots are holes from explosions, most of which follow an obvious pattern. 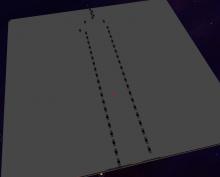 The reactor group from above was cut into three seperate groups by the explosions, damaging the right one resulted in a seemingly random pattern. Apparently patterns only occur above a certain size. 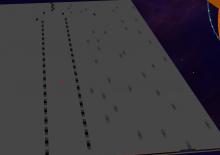 A repetition (this time without armor blocks) yielded the same pattern.
{F9478}

Then I created a new entity in a newly created world and repeated the test. The pattern seems to be about the same, just shifted in the X- and Z-directions. 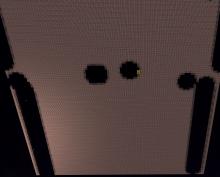 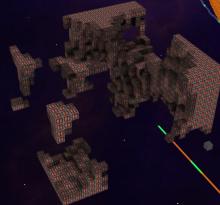 ...but a repetition resulted in the exact same shape. 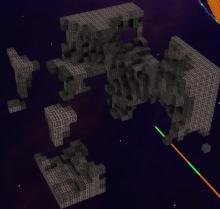 I also tested a 100x100x100 reactor group. Not only did the explosions occur along lines, these lines also seem to be parallel to the XY-plane and the first few hundred explosions occured solely in the front part of the group. Later the explosions went deeper into the group, resulting in a more consistent destruction, but it took a while. 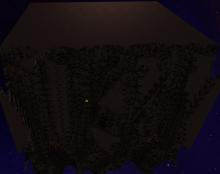 Should already be fixed in the latest dev builds.

Tried all different kinds of shapes. All appeared to be random to me.